Speaking out for Sexual and Reproductive Health and Rights in Egypt 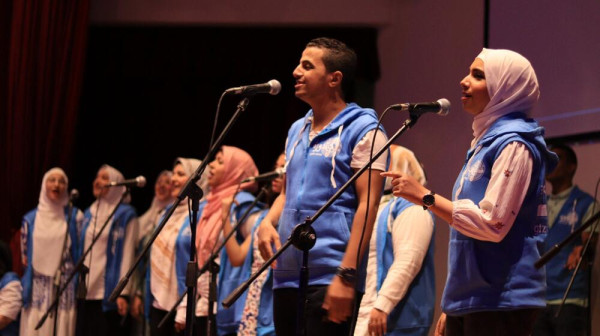 “The village is very conservative, so it was a challenge to earn their trust,” said Salma Abdel Moneim, a reproductive health worker in Menufiya, in northern Egypt.

But Ms. Moneim explained that many members of her community initially found it difficult to trust reproductive health arguments they disagreed with, in particular the notion that female genital mutilation and sexual harassment are harmful and discriminatory.

Although data are scarce on actual rates of female genital mutilation in Egypt – partly because it is illegal and often carried out in secret – the last available estimates point to over 90 per cent of women and girls undergoing some form of the practice, while a staggering 2.5 million reported being subjected to sexual harassment.

To spark a wider discussion and in the hopes of rallying more young people from her village, Ms. Moneim asked some of her community leaders if they could help. “They are respected and trusted,” she said. “We explained the topics we wanted to discuss and how to tackle the problems women and girls face in our community.”

One leader agreed to join the awareness-raising sessions and brought some girls from the village along with her. Those girls then started bringing their mothers. Basma Walid, 21, heard about the club from relatives.

“I learned about topics I knew little of, like adolescent health and the harms of child marriage,” Ms. Walid said. “The mothers who came with us also learned a lot about how to deal with their teenage children. People started telling each other and the numbers kept growing.”

Banding together to break the silence

A joint initiative between UNFPA and Egypt’s Ministry of Youth and Sports, some 400 population awareness clubs have now been set up across Egypt to inform and empower young people about their sexual and reproductive health and rights. The issues covered – though at times contentious – have captured growing interest. “We started off with just three people in a session, now we have over 30 people,” Ms. Moneim said.

The clubs tackle the barriers women and girls face in accessing quality health services and challenge damaging social norms and attitudes, such as the sexual harassment directed at them on a daily basis. As Ms. Moniem recalled, “We were discussing whether harassment is ever warranted by what a woman is wearing. The participants were debating it among themselves, until they came to the conclusion that a woman’s clothing is irrelevant.”

The clubs have gradually built a bridge of trust with the communities they work in. “We speak their language and share their problems,” Ms. Moniem said. “I wasn’t telling them what to do, I was just giving them the information they needed to make their own decisions.”

UNFPA support across the board

UNFPA has been working in Egypt for more than 50 years, striving to broaden access to sexual and reproductive health services, reduce maternal deaths and challenge harmful attitudes towards women and girls.

In 2021, almost 1.3 million women and girls in Egypt were reached through UNFPA’s female genital mutilation protection, prevention and recovery programmes. More than 11,000 girls were also protected from forced or early marriage, and 67 communities launched advocacy platforms to encourage and inform others about the dangers of gender discriminatory practices and social norms.

To this end, population awareness clubs also engage men and boys in discussions on gender equality and reproductive health issues, which they might not otherwise consider as relevant to them. “At first they were reluctant to listen or hear this information from a woman,” Ms. Moneim said. “But I eventually earned their trust by talking to them about my own brother, for example, so they understood that I could relate to them.”

Ms. Walid added that she is spreading her own knowledge of reproductive health to help others in her community: “I advise my aunt about how she should talk to her teenage son. Whenever a topic I learned about comes up, now I have something to say about it.”