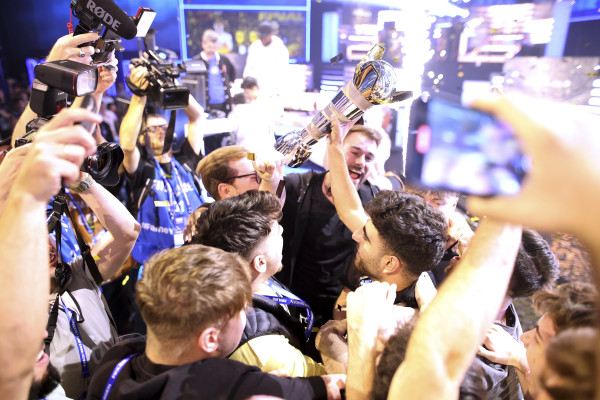 The FIFAe World Cup 2022™ presented by EA SPORTS™ – has come to an exciting end as Umut Gültekin from Germany has been crowned FIFAe World Champion 2022 after fierce competition throughout.

The 19-year old German dominated proceedings from the start of the group stage to the end of the competition to become FIFAe World Champion, never conceding more than one goal in every tie throughout the knockout stage. He follows Mohammed ‘MoAuba’ Harkous as the second German World Champion in a row.

The world’s best EA SPORTS™ FIFA 22 individual player claimed the grand prize of USD 250,000 and joined an elite group of World Champions. This brings the first spectacular event of the FIFAe Finals 2022 to a close but there is even more yet to experience in the FIFAe universe through the next two weeks of competition.

“Congratulations to Umut for winning the FIFAe World Cup and ultimately – faming his game on the biggest stage,” said Nick Brown, Director of Commercial Partnerships at FIFA. “The dedication throughout the season allowed him to turn his dream into reality and writing his name into the history books of the FIFAe universe will surely be a memory he will never forget.”

“It’s crazy, I dreamed so long about this moment and I can’t believe it”, said the new World Champion Umut. “We have the strongest nation [in FIFAe]. Next year, one of us will win [again].”

Both legs of the final were tense and provided no goals – the tie had to be decided by penalties – and it was Umut ‘Umut’ Gültekin who prevailed to become FIFAe World Champion and raise the famed trophy in Copenhagen lifted by previous champions such as Mohammed ‘MoAuba’ Harkous and Mosaad ‘Msdossary’ Aldossary.

The top-level action is just getting started: dive back into the FIFAe universe next week as the FIFAe Club World Cup 2022 gets underway to crown the best organisation in FIFA esports, taking place from July 20 – 23. Up to three players per club will compete on the biggest stage to represent their badge, all for glory and the opportunity to hold up the brand-new trophy for the first time. More information about this event is available here (https://fifa.fans/3PBqNjg).

The last week of July presents the FIFAe Nations Cup 2022 from July 27 – 30 – and on the final day, fans are welcome to jump into the FIFAe universe and watch the highest level of international esports live at the Bella Arena in Copenhagen, Denmark. Tickets for July 30 are available here (https://fifa.fans/3uWsIHh).

Media accreditations can be requested via media@FIFAeFinals.com. The virtual mixed zone provides an opportunity for journalists to speak to players remotely from across the world. Timings of the virtual mixed zone for the upcoming two tournaments are outlined in the Media Guide which is available to read here (https://fifa.fans/3IKLmHM).

EA SPORTS is a trademark of Electronic Arts Inc.